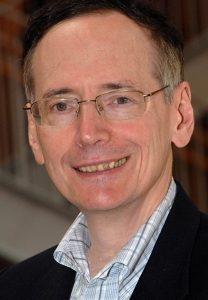 Tobin J. Marks is the Vladimir N. Ipatieff Professor of Catalytic Chemistry, Professor of Materials Science and Engineering, Professor of Applied Physics, and Professor of Chemical and Biological Engineering at Northwestern University. Tobin was born in Washington, D.C. in 1944. A philomath since childhood, Tobin experimented in rocketry as an adolescent, but ultimately found the composition of materials more fascinating. After receiving his B.S. degree in chemistry from the University of Maryland in 1966, he spent a summer preparing a new fluid electrolyte for use in batteries at a U.S. Army research facility. In the ensuing months, he joined the program of F. Albert Cotton at MIT where Tobin conducted spectroscopic investigations of fluxional organometallic compounds. He also formed a close connection with Professor George Whitesides during those years. After earning his Ph.D. in 1970, Marks began his independent career as Assistant Professor at Northwestern. He was promoted to Associate Professor in 1974 and to Professor in 1978. In 1986, Tobin was named Charles E. & Emma H Morrison Professor of Chemistry, and one year later, Professor of Materials Science and Engineering.

In addition, Tobin continues to pioneer the development of new organic semiconductors and dielectrics for displays and other flexible printed electronics; organic photovoltaics; oxide-based transistor circuitry (e.g., TCOs and TFTs); high-efficiency solar energy cells and components; lubricant additives; and heterogeneous and homogeneous catalysts for both general transformations and specific applications, to name but a few technologies. His development of scalable fabrication techniques and his theoretical investigations into the behavior of materials and processes are equally notable. In 2005, Tobin and Phil Inagaki founded Polyera, Inc., a company—now with over 50 employees and with facilities in IL, CA, and Taiwan—that researches and produces robust flexible display technology for consumer products.

Professor Marks has been honored with many of the most prestigious awards in science and engineering. These include the U.S. National Medal of Science (2005), the Spanish Principe de Asturias Prize (2008), the Materials Research Society Von Hippel Award (2009), the Dreyfus Prize in the Chemical Sciences (2011), the Arthur C. Cope Senior Scholar Award (2011), the National Academy of Sciences Award in Chemical Sciences (2012), and the American Chemical Society Joseph Priestley Medal (2017). Tobin is a member of the U.S., German, and Indian National Academies of Sciences, the U.S. National Academy of Engineering, the American Academy of Arts and Sciences, and the U.S. National Academy of Inventors.  He is a Fellow of the U.K. Royal Society of Chemistry, the Materials Research Society, and the American Chemical Society. He has been recognized through named lectureships at over 100 research institutions. Within the past seven years, Professor Marks was awarded Honorary Doctorate Degrees from Hong Kong University of Science and Technology, the University of South Carolina, The Ohio State University, and the Technical University of Munich. He has served on editorial and/or advisory boards of 22 major publications in chemistry and engineering including 28 years as an editor of Organometallics. Tobin has published 1260 peer-reviewed articles, and he holds 265 issued U.S. patents.