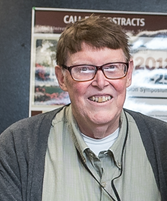 Dr. Nikles attended the University of Akron, where he received his Bachelor of Science in Chemistry in 1977. He went on to attend Case Western Reserve University, earning his PhD in Inorganic Chemistry in 1982. After graduating, he became a staff scientist at Hoechst Celanese Research Division in Summit, New Jersey, where he worked from 1982 to 1990. In August of 1990, he joined the faculty of The University of Alabama, and remained active in education and research until his passing. During his tenure, he served as Associate Director for the Center for Materials for Information Technology and as Director of the Central Analytical Faculty. He had been a member of the American Chemical Society for 40 years, and an active member of the National Information Storage Consortium.

Dr. Nikles’ research interests included inorganic nanoparticles and polymeric materials applied to magnetic data storage, cancer treatment, and targeted drug delivery. The scope of his research encompassed the synthesis, characterization, and applications of organic, inorganic, organometallic, and polymeric materials for optics, electronics, optical data storage, electrophotography, holography, magnetic tape, and magnetic recording. In recent years, Dr. Nikles’ research focused on the use of magnetically nanoparticles that could be heated by an external alternating magnetic field.  Dr. Nikles and his students collaborated with his wife, Dr. Jackie Nikles, and researchers at UAB to apply these particles to targeted cancer therapies.

Dr. Nikles was a dedicated educator who always had time for his students.  He hosted numerous graduate, undergraduate, and high school students in his lab over the years.  He was always willing to take on new undergraduate researchers and devoted countless hours to their mentoring.  Dr. Nikles’ students won numerous awards, including several who were recognized as Randall Outstanding Undergraduate Research Award recipients at UA.

Dave was a generous colleague who was willing to do all he could to help support his colleagues, the Department of Chemistry and Biochemistry, and UA.  He made a significant impression on all who knew him and will be greatly missed by his colleagues and students.

Obituary from the Tuscaloosa News