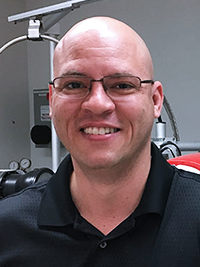 Research in the Thompson lab lies within the context of mechanistic enzymology and protein structural/biophysical chemistry. In essence, we will use a chemistry approach to address key problems in biology and biophysics. Students and postdocs in our group will receive training in a combination of biochemical and biophysical techniques, chemical biology, spectroscopy (Raman and EPR), and structural biology (X-ray and neutron crystallography). We are currently interested in a number of projects ranging from antibiotic resistance to protein electron transfer.

The treatment of bacterial infections is compromised by the spread of multidrug-resistant (MDR) and extensively drug-resistant (XDR) pathogens. New strategies to combat resistant as well as emerging bacteria are urgently needed to limit further development of antimicrobial resistance. Combining currently approved antibiotics with resistance neutralizing agents is a promising direction. The overall goal of this research project is to develop effective front-line antimicrobial strategies from an approved, safe, and broad-spectrum antibiotic so newer antimicrobials, as well as final-option drugs, can be held in reserve to minimize emerging resistance. Fosfomycin is effective against both Gram-negative and Gram-positive pathogens and represents a promising candidate for developing a front-line agent. Resistance to fosfomycin arises from fosfomycin-modifying enzymes of the Vicinal Oxygen Chelate (VOC) superfamily. The principle role of VOC enzymes is to detoxify endogenous and xenobiotic compounds, and genes encoding VOC fosfomycin resistance enzymes have been identified in almost all of the most drug-resistant Gram-negative and Gram-positive pathogens and in Mycobacteria. FosB is the principle VOC fosfomycin-modifying enzyme of methicillin-resistant Staphylococcus aureus (MRSA). It covalently attaches bacillithiol (BSH) to fosfomycin, inactivating the antibiotic. FosB knockout strains of MRSA demonstrate significantly increased susceptibility to fosfomycin, identifying suppression of the enzyme as a potential therapeutic strategy. We will elucidate the structural basis of fosfomycin resistance in MRSA, identify and develop new lead compounds to combat fosfomycin resistance in Gram-positive bacteria, and evaluate the efficacy of our new strategies in other pathogenic organisms.

2. Investigating the Mechanism of Electron Transfer in DNA Processing Enzymes.