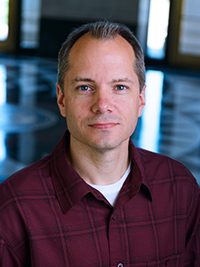 One area of our research program features the development of sequential, ìone-potî, carbon-carbon bond-forming reactions to generate structures that are difficult to obtain by currently available synthetic routes. One such method involves the preparation of polysubstituted aromatic compounds via the strategic, regioselective, difunctionalization of arynes. This approach is designed to offer a concise preparation of the aromatic segments of several medicinally intriguing natural products.

C-Glycosides act as inhibitors of carbohydrate processing enzymes (e.g., glycosidases) involved in such diseases as HIV, diabetes, and cancer. C-Glycosides are also non-hydrolysable analogs of glycans vital to intra-, and intercellular signal processing and metabolism and are structural components of, or building blocks for, a number of interesting natural products (e.g., spongistatin, halichondrin B, brevetoxins, palytoxin). We are exploring a rapid and versatile approach to C-glycopyranosides and associated analogs. This method is expected to provide convenient access to readily modifiable precursors of, for example, 2- or 3-deoxy-, fluoro-, and amino-C-glycosides. Variations of this procedure are also expected to lead to stereoselective preparations of mono- and disubstituted cycloalkanones, polycyclic ethers, lactones, lactams, pyranones, and aminoimidazolones. The mechanisms by which this multi-step, ìone-potî process proceeds are also curiosities and will be investigated by physical organic methods.

Xenicanes are a large, diverse class of diterpenes and norditerpenes isolated from marine organisms. Many of these compounds exhibit potent cytotoxic, anti-angiogenic, antifungal, or anti-inflammatory activities. Xenicanes possess the general skeletal structure depicted below which bears a cyclononene ring typically attached to a polysubstituted lactone, glycal, or cyclobutane. We are examining new routes to the total synthesis of these biologically and structurally interesting natural products using sequential reactions to construct several key portions of the targets.