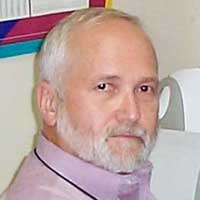 Dr. Russell Timkovich has retired from the university after a 35 year career at UA.  Dr. Timkovich earned his BS degree at Michigan State University and his PhD at CalTech.  He began his academic career as an assistant professor at the Illinois Institute of Technology in 1975.  He was recruited to The University of Alabama in 1985 as an associate professor and was promoted to full professor in 1990.  Dr. Timkovich’s research focused on the structure and mechanism of operation of electron transport proteins and the structure and biosynthesis of unusual tetrapyrroles.  He published nearly 100 papers on this work.  NMR spectroscopy was a primary tool in this work and Dr. Timkovich served as the faculty director of the department NMR facility until his retirement.  In this role, he led successful grants to obtained NMR spectrometers for the department.